While I was at my mother's last weekend I asked my boyfriend to send me a recipe for something delicious he'd like to have made. So he did, and after my poor kitty passed away I asked him if he could come out to be with me for the last few days I was there. I was pretty upset.

And he did! Because he is a sweetheart. So, while he was riding a bus for ~5 hours, I made him this cake!

Unfortunately I didn't take very many pictures while I was making it. I got a little too into the recipe, but I did take a picture of my Mom's super cute egg timer! 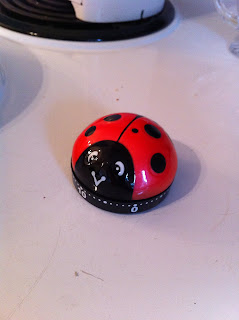 A Ladybug!! I think she said she ordered it from Avon! I thought it was adorable.
Lemon Blueberry Coffee Cake:
recipe from Becel 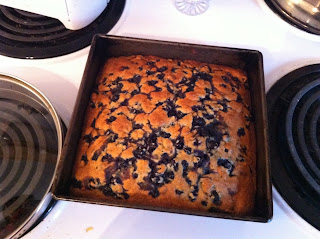 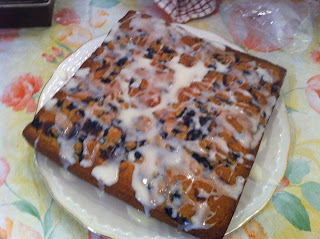 Yum Yum Yum. I wish there was another one.

And of course, after I finished making the cake and I told my Mom about my yogurt woes, she tells me there was a tub of plain yogurt in the fridge all along. Oh well!
Posted by Emma at 05:48

Emma
Jack of all crafty trades, Master of none. I'm a poor student exploring recipes, crafts, and arts. I have a cat, and am looking to get another!